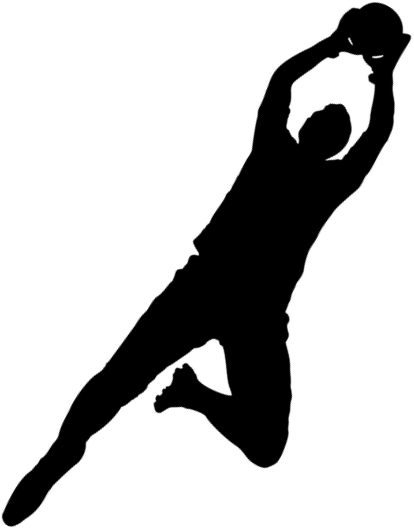 The fun should be the focus

Soccer camp of the German Soccer Academy (DFA) in Seekirch

SEEKIRCH - The German Football Academy (DFA) is holding a soccer vacation camp in Seekirch these days. Five licensed coaches are taking care of 50 children aged six and up, teaching them the basics of soccer in learning formats that are attractive to them. "I enjoy the goal kicking training the most," says nine-year-old Luis. "But the other exercises are great, too," explains the FYouth player from the Seekircher Eintracht. Together with his friends from the group, he has taken a seat at the lunch table, eating his plate of spaghetti. Another participant of the camp, who has been sitting there a little longer, has long since finished his plate of pasta with Bolognese sauce and would like to jump up again to continue training. But one of the trainers puts the brakes on him, saying, "You have to digest first, you shouldn't start doing sports again right after eating." He counters, "But it's been a while since I ate," he says. Still, the fun will have to wait a while. 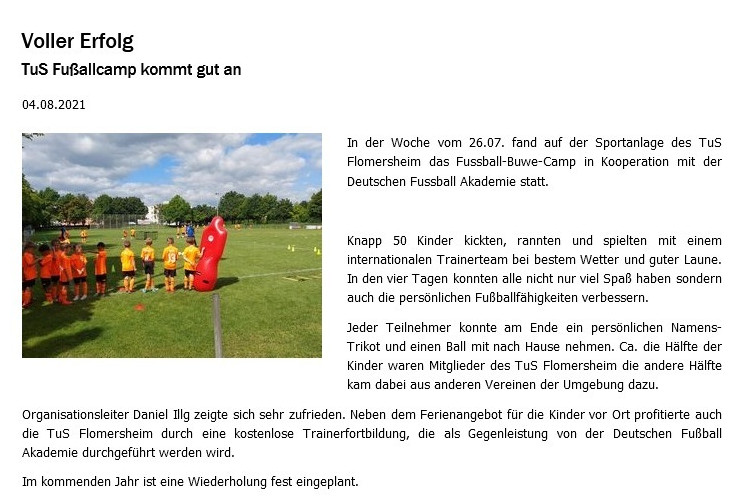 In the week of July 26, the soccer Buwe Camp in cooperation with the German Football Academy took place at the sports facility of TuS Flomersheim.

Almost 50 children kicked, ran and played with an international team of coaches in the best weather and good mood. During the four days, everyone not only had a lot of fun but also improved their personal soccer skills.

Each participant could take home a personal name jersey and a ball at the end. About half of the children were members of TuS Flomersheim, the other half came from other clubs in the area.

Head of organization Daniel Ilg was very satisfied. In addition to the vacation offer for the local children, TuS Flomersheim also benefited from a free coach training course, which will be held by the German Football Academy in return. 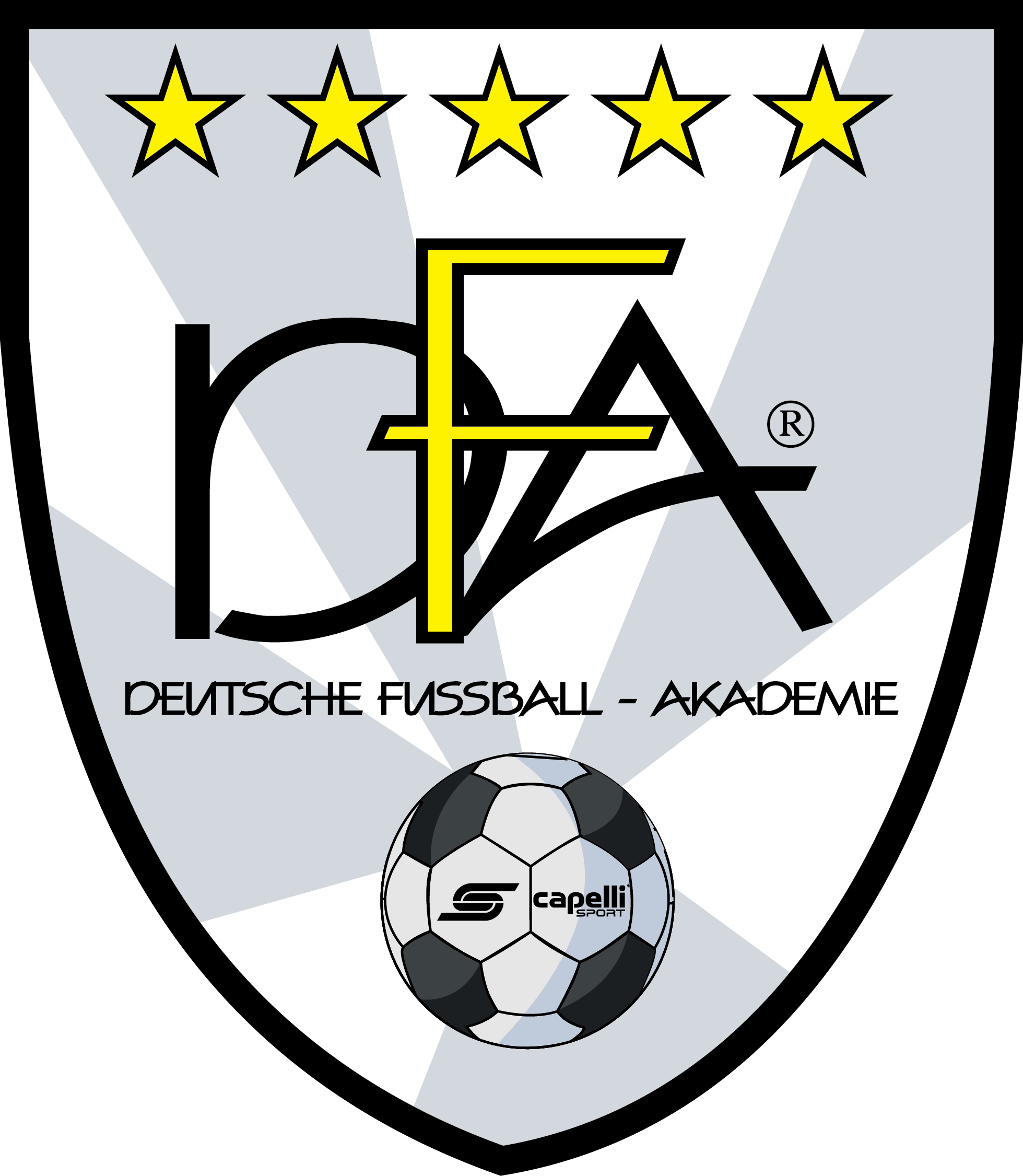